On the Docket Tonight: 69°South at BAM

In 1914 famed explorer Sir Ernest Shackleton embarked on a grand expedition to traverse the desolate wilderness of Antarctica.  He called it his Imperial Trans-Antarctic Expedition, but today it is most frequently referred to as the Endurance Expedition.  Seemingly not just because Endurance was the name of the ship carrying Shackleton and crew, but also for the amazing story of survival that resulted. 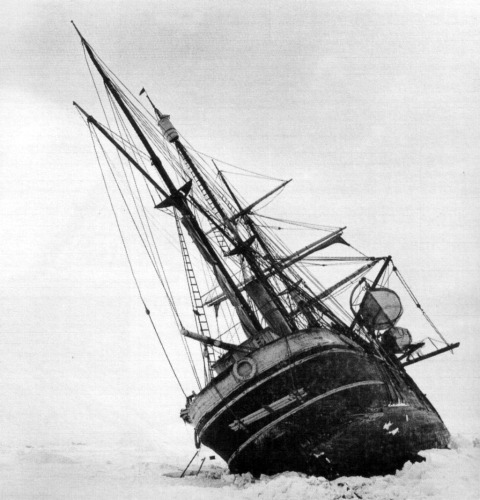 The Endurance, trapped in ice.

By early 1915, the Endurance found herself completely trapped within an ice floe and the crew had no choice but to wait it out until the spring thaw with the hopes that she would be able to free herself and sail on.  This was not to be.  By late October, the ice would claim the Endurance and the men were thus faced with the grim proposition of surviving without her.  Camping on moving ice floes and sailing in a tiny twenty-foot life vessels across dangerous waters, the men somehow continued to survive and move toward civilization slowly, yet surely, concluding with the eventual rescue of the all of the members of the expedition in August of 1916.  Yes, through it all, no men were lost from the Endurance crew.  Tough. As. Nails.

Sir Ernest Shackleton (2nd from left), with members of the Nimrod expedition party (1907)

Tonight, I’m very excited to attend the opening of  69°South, a completely original interpretation of Shackleton’s ill-fated expedition, at BAM.  Named for the latitude where the Endurance ultimately sunk, the Phantom Limb production features amazing marionettes designed by Erik Sanko, set design by Jessica Grindstaff, live performances by Skeleton Key and a score by Kronos Quartet.  Running through this Saturday, November 5, I’d recommend you check it out, even before I’ve had the chance to see it.  It looks that good.  Find out about tickets here. 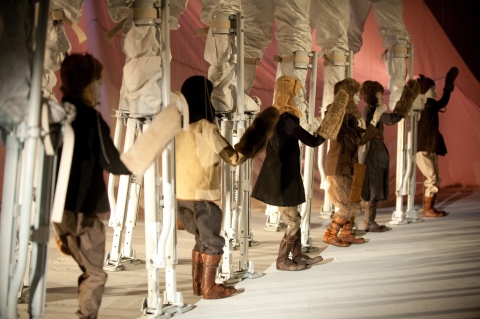 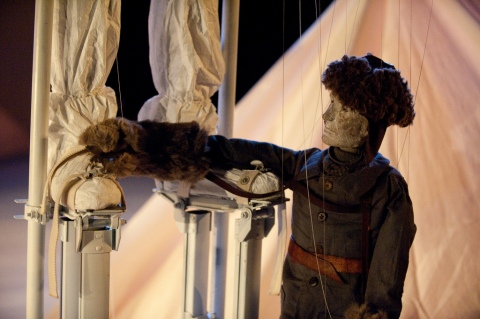 To learn more about the Endurance Expedition, head here.

You are currently reading On the Docket Tonight: 69°South at BAM at Quite Continental.