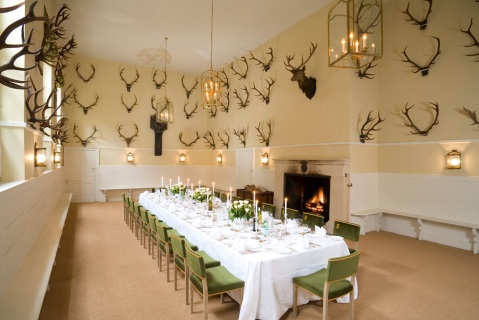 The Great Hall at the Badminton Estate.

After finding photos of the Beaufort Hunt in 1949, I immediately wanted to see the sprawling estate that I noticed was peeking around the edges.  The Duke and Duchess of Beaufort live at the Badminton Estate in Gloucestershire, England, two hours west of London.  One look at the Great Hall (pictured above) and I knew I was in love…and in urgent need of a hop across the pond to visit Gloucestershire.

It turns out the Duke lets some of the Estate’s cottages periodically.
If I moved, would you come and visit me? 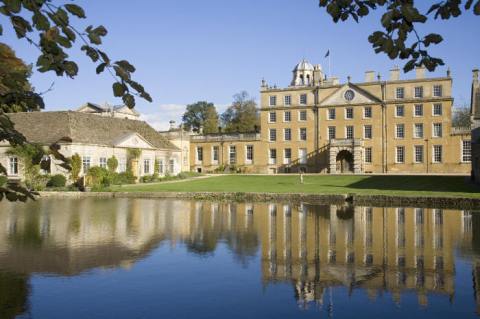 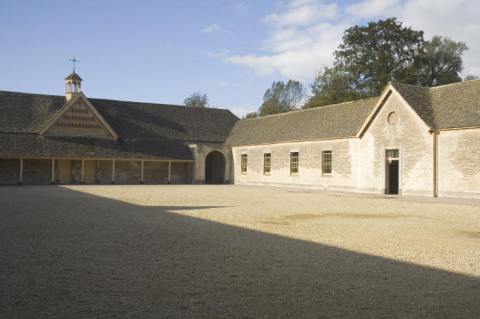 And yes, the Badminton Estate is where the sport takes its name, although it isn’t known why, as the sport actually traces its roots back to mid-18th century India and the bored British officers stationed there.  The present-day Badminton is open for special events, garden tours, and The Badminton Shoot, but is probably best known now for hosting the annual Badminton Horse Trials in May.  I would love to be there for the prestigious three-day event.

After a long day knocking about Badminton, I would check into Calcot Manor, a 35-room country house hotel set on 220 acres of meadowland that was established in the 1300s.  Thoroughly modernized while remaining true to the storied heritage of the home, Calcot Manor also boasts one of the best spas in the UK, the Calcot Spa.  It is simply gorgeous and would be a perfect home base for my relaxing minibreak in the British countryside. 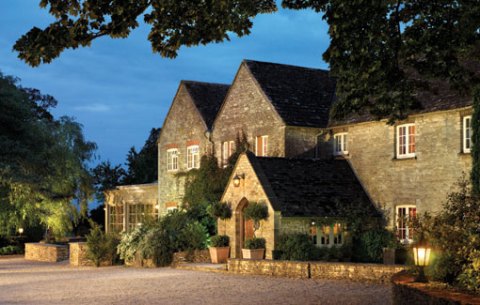 I’d also make a point to visit Sudeley Castle, best known as the final resting place of Queen Katherine Parr, Henry VIII’s last and surviving wife.  With a long history that dates back to the tenth century, the Castle fell into disrepair after the Civil War and remained that way until its rescue in 1837 by brothers John and William Dent — of the fine accessories and glovemaking Dents, from Worcester — and its subsequent restoration.  The Castle has remained a Dent family home since that time, and was opened up to the public in 1969.  During this year’s season (1 April through 28 October, 2012) visitors can wander on their own through the gardens and inside the Castle’s original 15th century west wing, as well as take in a number of exhibitions.  Offered on a more limited basis are guided tours through the Castle apartments where the family currently resides.  Also of note this year at the Castle is the Queen Katherine Parr Quincentenary, marking 500 years since her birth.