I’ll admit it, I’d written off Thom Browne.  My love for his menswear designs notwithstanding, I tended to find his collections for women severely lacking, year after year.  We had knee-length pearl necklaces one year, unwalkable skirts another, and an alarming affinity for shirt dresses that appeared to be stolen from a Dickensian orphanage.  Browne’s designs for women appeared to be more costume than clothing, as if he wasn’t quite sure he could pull off a serious collection — so he didn’t bother to try (see: Fall/Winter 2011; Spring/Summer 2013)  So I resigned myself to enjoying Black Fleece by Brooks Brothers, which takes the inventive, tailored qualities favored by Browne (and me!) but adds a high dose of wearability — it is a Brooks Brothers line, after all — and forgot about Thom Browne.

That is, until January 21, 2013 — the morning of Barack Obama’s second inauguration. I heard murmurs that the Obama women were sporting a set of beautiful coats, but when Eric Wilson of the NYT mentioned something about bespoke Thom Browne, made especially for the First Lady, I made a beeline for the television to see the gorgeous silk jacquard — inspired by necktie fabrics, natch — for myself.  The whole family looked lovely, but Michelle’s coat/dress ensemble was definitely the pièce de résistance.

It was in that moment I began to hope that Thom Browne had finally changed course, and I am happy to say that his 2013 Pre-Fall collection has confirmed it.  No longer bogged down with clever tricks and over-the-top conceptualism, Browne’s 2013 Pre-Fall is actually wearable and smartly tailored, but still retains the tongue-in-cheekiness quality that is classic Browne.  I’m not sure what inspired this sudden maturity, but I’m loving it — to say that I’m excited would be a massive understatement.  My American Express card on the other hand…probably a little less so.  But I’m sure we’ll get through it together. 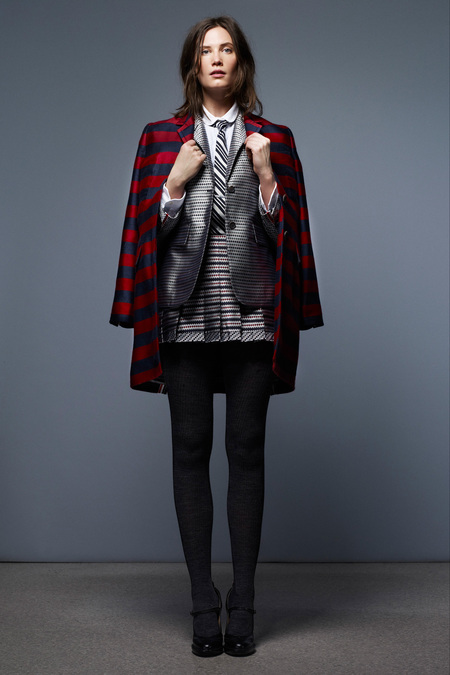 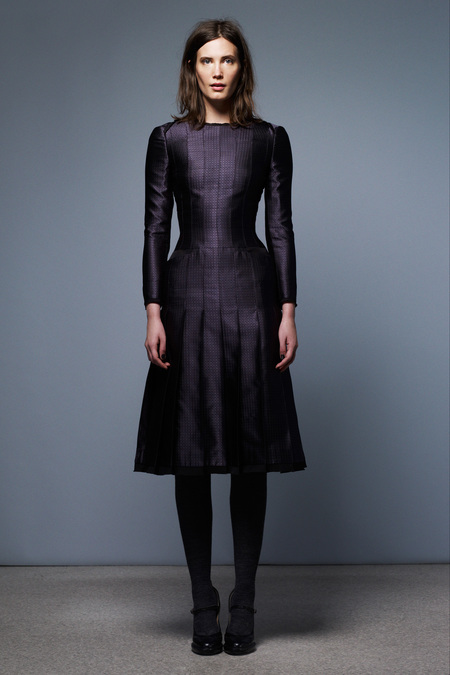 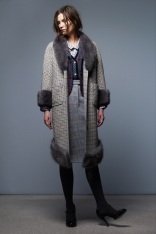 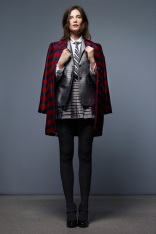 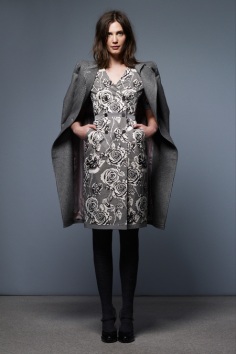 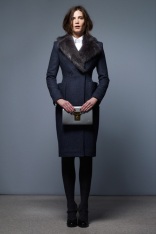 All images via Thom Browne.

You are currently reading A Funny Thing Happened On The Way To The Inauguration || Thom Browne Pre-Fall 2013 at Quite Continental.