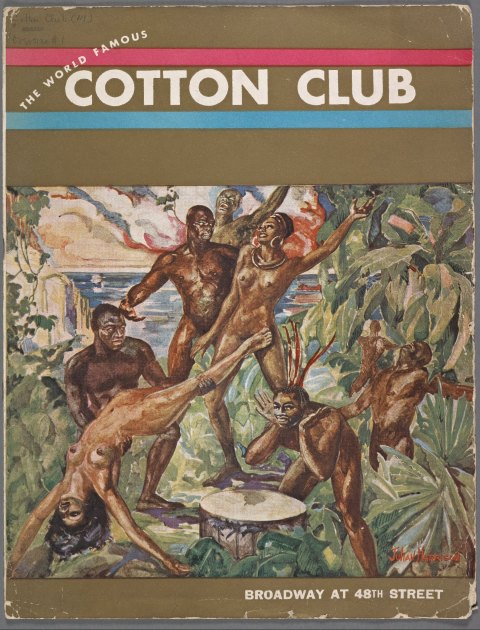 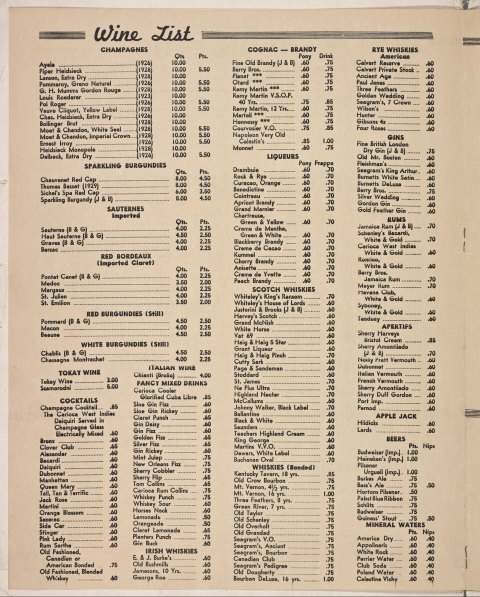 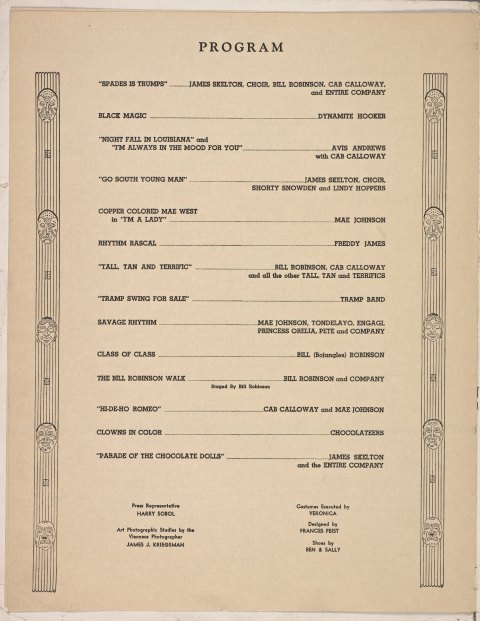 I’ve recently been spending quite a bit of time in the NewYork Public Library’s digital collection of menus.  An incredible collection of documents from around the world, dating from the 1850s through the 2000s, it is fascinating to observe trends in cuisine and cocktails – and prices!

I am always the most excited to find menus from storied New York establishments, those still standing like the New York Athletic Club and Tavern on the Green, and others that have since shuttered, like this one, from The Cotton Club in 1938, when it occupied its theatre district location at 48th Street and Broadway.  The Cotton Club was a nightclub that featured and launched the careers of some of the most notable black musicians and entertainers of the era, but served an all-white clientele.  At the time of the menu, Cab Calloway and his band headlined a twice nightly musical review that frequently included overtly racist themes similar to the images on the menu cover — as you can readily observe from the show program. **Be sure to click to enlarge the images.

Also interesting is the expansive cocktail menu.  Most other menus in the archive from this era mention only a few classic drinks and possibly a wine list, but because its primary function was as a nightclub and not merely a restaurant, The Cotton Club’s menu features all sorts of cocktails — separated from “Fancy Mixed Drinks,” mind you.  Nestled among the classics I already recognize, I was happy to find more obscure cocktails like the “Horse’s Neck,” the “Bronx,” the “Pink Lady,” and the “Jack Rose.”  All of which prompted a quick search and mental note to try out in the near future.  You’ll also notice a drink called the “Tall, Tan, & Terrific.”  A signature cocktail if ever there was one, the phrase is a nod to the Club’s chorus girls, all of whom were required to be taller than 5’6,” light-skinned and under twenty-one years of age.

To get a sense of the sort of performance patrons viewed on the nights this menu was in use, I’ve found a great short film made by Paramount in 1934 of Cab Calloway, featuring some of his most famous hits.  Nicknamed the “Hi-De-Ho Man” after his success with his song “Minnie the Moocher,” you get to view a bit of Calloway’s distinctive singing style, his call and response technique with the orchestra, his inspired dance moves.  Love it.  I mean, his hair alone!

As an added bonus, a very famous clip from Stormy Weather (1943), featuring Cab Calloway and his orchestra as well as an amazing routine by the Nicholas Brothers, another act that called the Cotton Club home.

In an auspicious turn of interwebby events, I happened upon the work of Guy Catling this week.  While I’m loving most everything he’s produced, his vintage B&W photographs collaged with vibrant graphic patterns are my absolute favorite — especially the dapper gentlemen.  To view more of Guy Catling’s art, head here.

All artwork by Guy Catling. 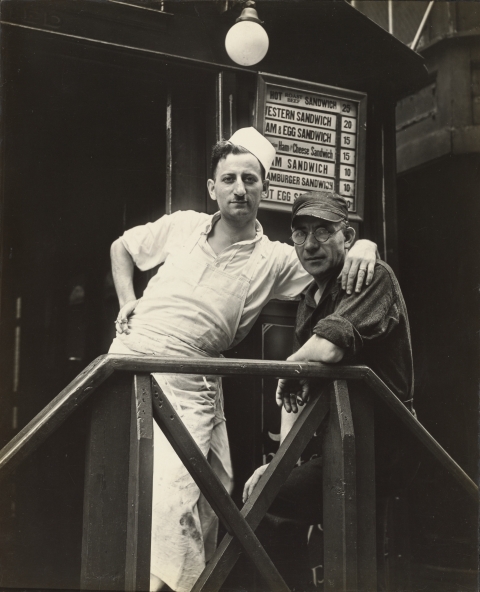 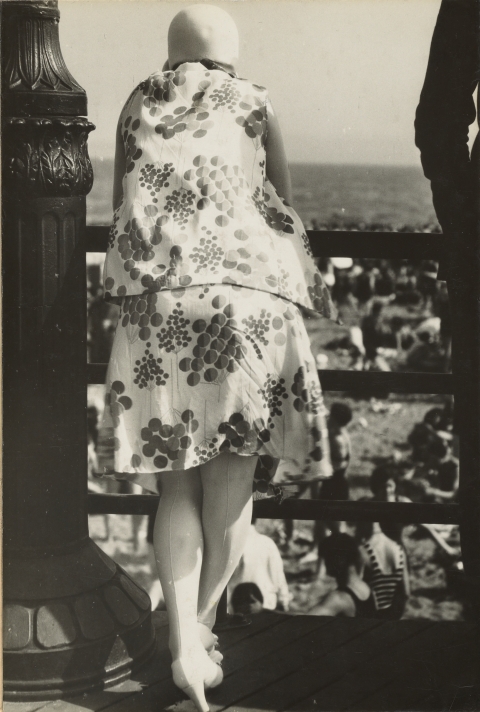 I discovered an exciting bit of news today!  In an effort to encourage the free exchange of works of art, The Getty has placed online over 4,600 high resolution images of artwork in the museum’s collection as part of their Open Content Program.  As long as they are properly attributed (see below), the images are available for anyone to use, publish or modify for any purpose.   The collection currently contains a wide range of media, everything from paintings to manuscripts to sculpture, including these amazing pictures taken by Walker Evans in New York City during the 1920s and 1930s.

Find more information about Open Content at The Getty here and here.

Last but not least, you can see an earlier post about Walker Evans here.

All images courtesy of the Getty’s Open Content Program. 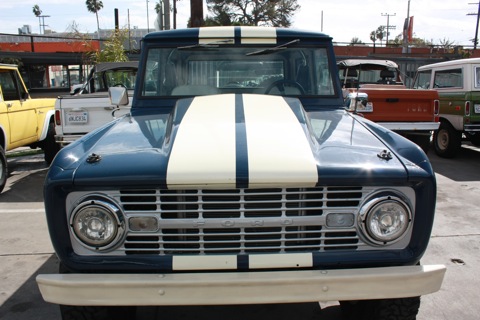 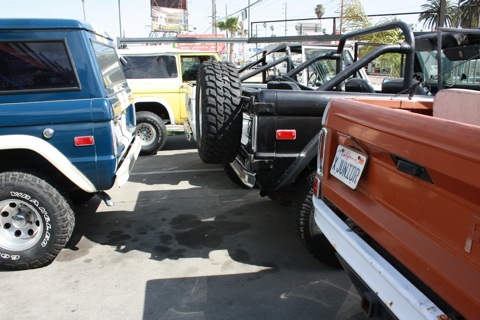 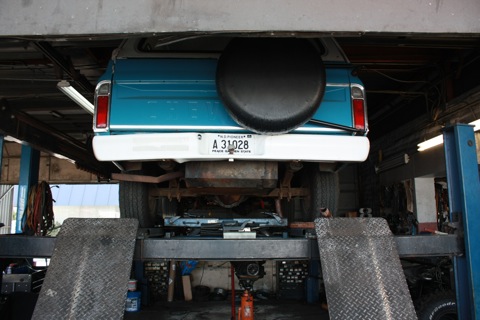 Sometimes when you’re driving around in Los Angeles, you discover amazing things.  Most times you can’t stop to investigate and have to make a mental note to return, as you have to hurry onto this or that appointment or to finish the day’s errands — but this wasn’t one of those times.  As soon as I spied ASC Auto Repair (1816 Lincoln Blvd., Venice CA 90291, (310) 396-6341), I knew I would be stopping.  I mean, it isn’t every day that you get to go to classic Ford Bronco heaven.

After a chat with the owner, David, in which I tried to force him to pick a favorite model year to no avail — “I mean, they’re all nice, it just depends on what is on the inside!” — I was given free rein to poke around and take a few pictures.  For the most part, the technicians ignored me — much too busy, of course — but every now and then I would catch a proud look as I appreciated their handiwork.

Sidenote: if you’re feeling generous, I’ll take that pretty ’72 with the white stripes.

Victorians of the Desert 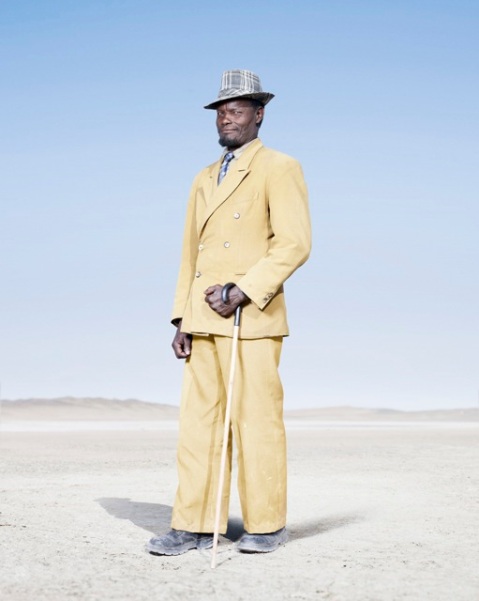 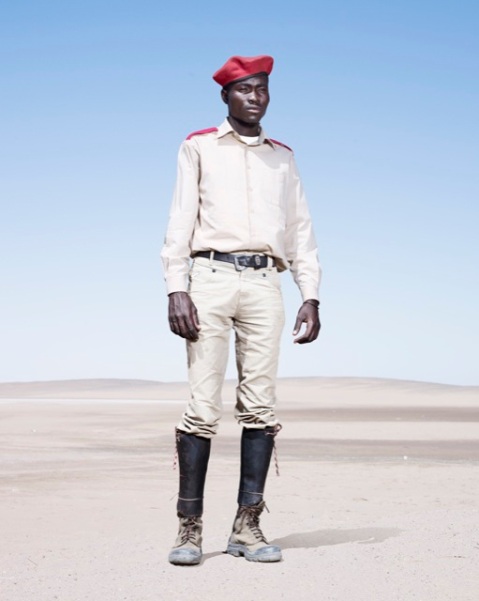 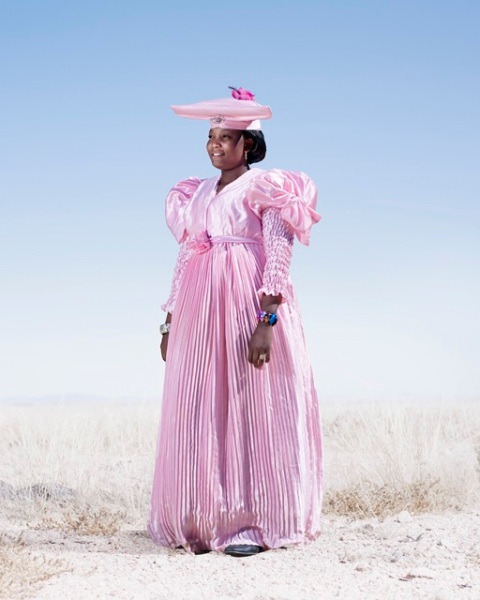 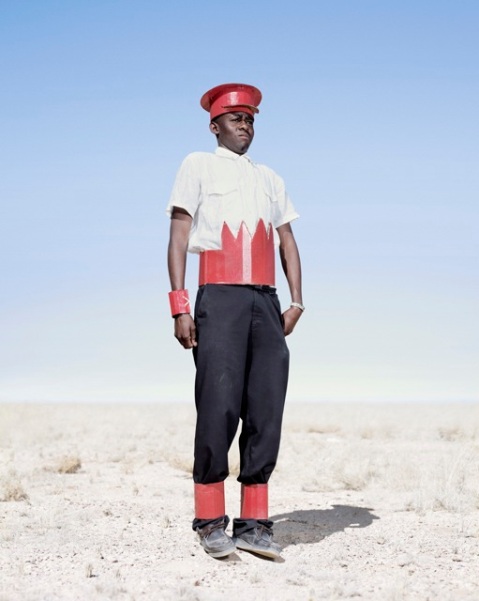 Photographer Jim Naughten‘s amazing portraits of the Herero people of Namibia are currently on display at Margaret Street Gallery in London, as part of an exhibit called “Conflict and Costume,” which you definitely should not miss, should you be in the area. It looks to be an exceptionally thought-provoking examination of the intersection of colonialism, culture, tradition, fashion and identity. The beautiful portraits, starkly posed against the barren Namibian desert, closely focus on the tribe’s unique costume — Victorian era dresses for the women, German paramilitary uniforms for the men. Adopted from their colonizers, and slowly personalized with ethnic textiles and the “cow horn” headdresses you see on the women (the Herero people are pastoralists and place high value on their livestock), the Herero tribe honors their warrior ancestors by continuing this sartorial tradition to present day.

Luckily, for those of us unable to make it to London,
you can purchase Naughten’s book here.

**UPDATE**  I’ve just been alerted that there is a simultaneous NYC Naughten exhibit at the Klompching Gallery in Brooklyn, running through May 4, 2013!  In fact, the opening reception is tomorrow night (Thursday, March 14, 6 to 8pm)!  Considering that the price for me to view these portraits just dropped from a transatlantic flight to subway fare, there’s no chance I’ll be missing them!

Strangers on a Train 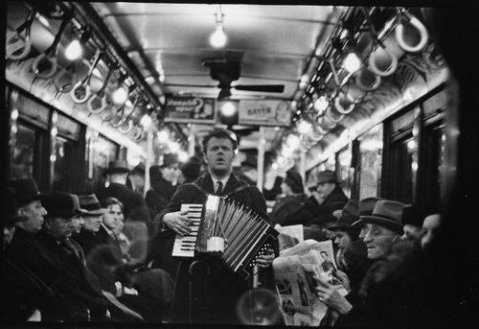 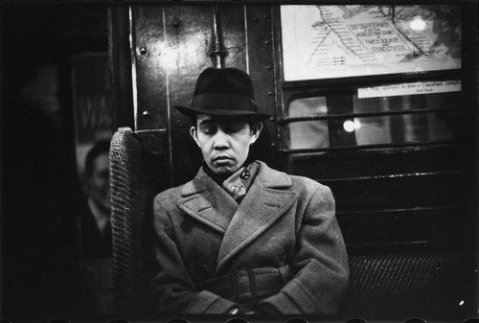 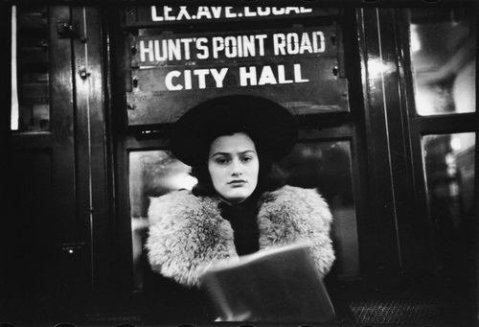 If you assumed that furtively snapping photos of people on the subway was a relatively new social phenomenon, ushered in large part by fancy smartphones, American photographer Walker Evans would beg to differ (if he were still alive, that is).  Between the years of 1938 and 1941, Evans rode New York City subways with a camera hidden in his coat, in an effort to capture unguarded and unposed portraits of city commuters as they rode the train.  The portraits offer a remarkable glimpse into old New York, although I can’t help but notice that some things — like catching a quick snooze and/or ignoring musicians, for example — don’t really seem all that different from the subways of today.

Speaking of addresses and letters, I happened upon this lovely silent film produced by the US Postal Service that I wanted to share with you.  Produced circa 1925, it describes the benefits of Air Mail and shows the progress of a letter mailed in New York and its journey to San Francisco — a journey that normally took 90 hours by train, but by air in a Dehavilland DH-4 it was only 30!

This clip is part one of two, and you can find the second part here.  Please note: here is a very loud clicking noise on the second portion, so it is best watched on mute.  It is a silent film, after all.

Film via the archives of the San Diego Air and Space Museum. 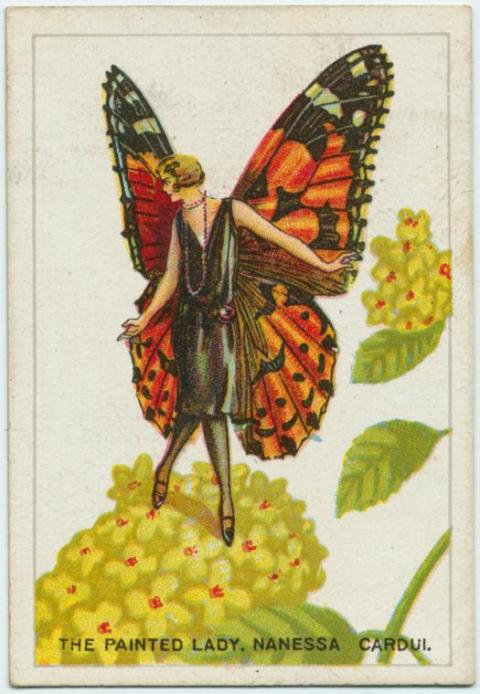 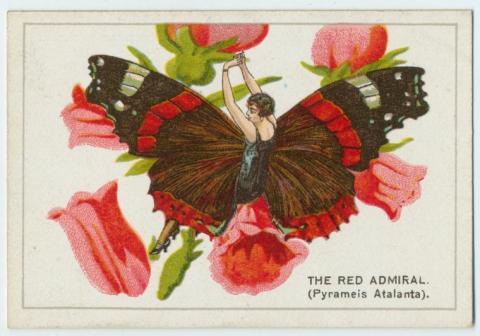 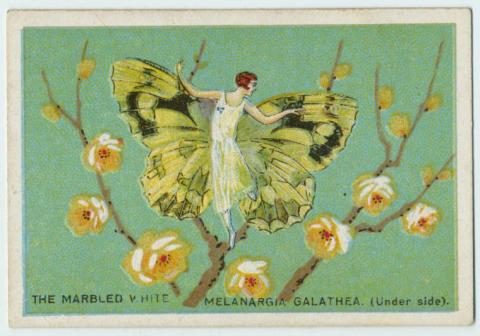 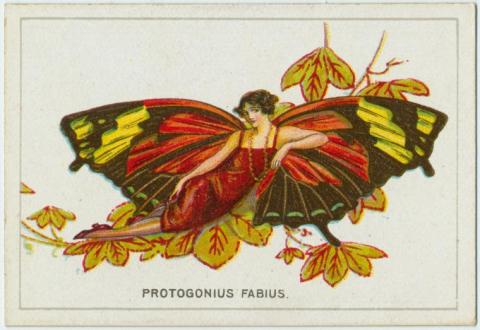 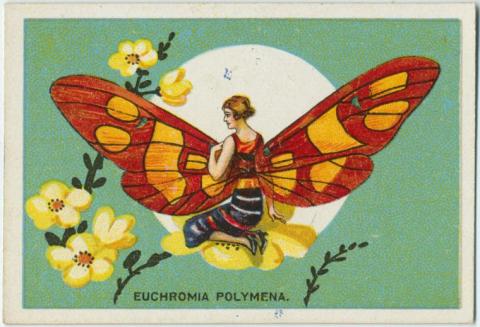 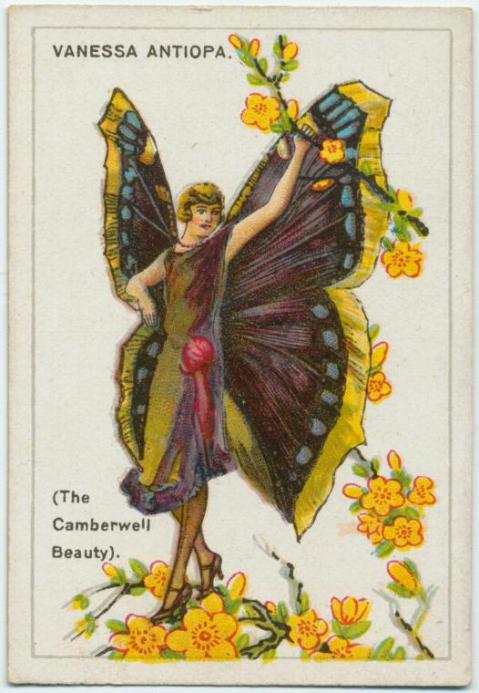 A lovely little rabbit hole I discovered in the New York Public Library Digital Archives: a collection of butterfly cigarette cards that inexplicably swap out the insects for jazz babies, giving new meaning to the term social butterfly.  If you’d like to see the whole set, hop here.

With the 75th anniversary of Amelia Earhart’s disappearance this month, my discovery of these cigarette cards detailing famous airwomen seemed positively apropos.  Dating from sometime between 1923 and 1939 and part of an large collection of cigarette cards maintained by the New York Public Library.  I was impressed to see the inclusion of these high-flying ladies in this set of 50, as the majority of the women included in the other sets were chosen because of how beautiful they were — “beauties of the world,” “beauties of the stage,” etc.  — not because they were the first to fly a plane across the Atlantic, like badass Beryl Markham, above.

Pictured with their favorite planes, these ladies are the perfect mascots for my summer wanderlust — I also included images of the flip side of the cards, complete with their exploits and fancy titles.  I hope you enjoy them as much as I did. 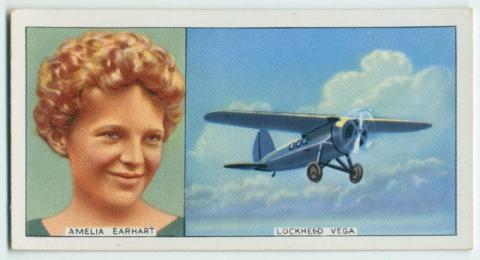 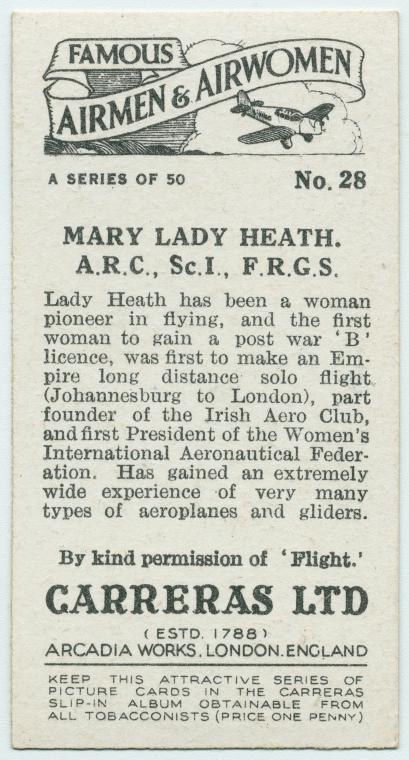 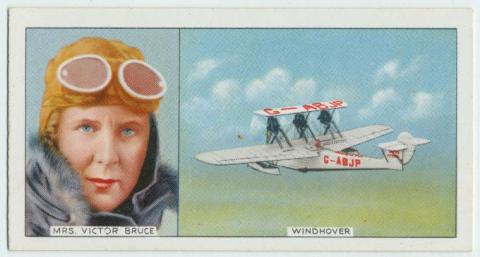 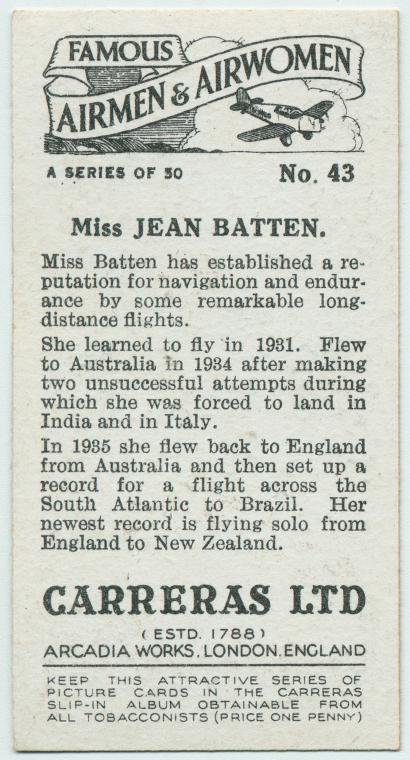 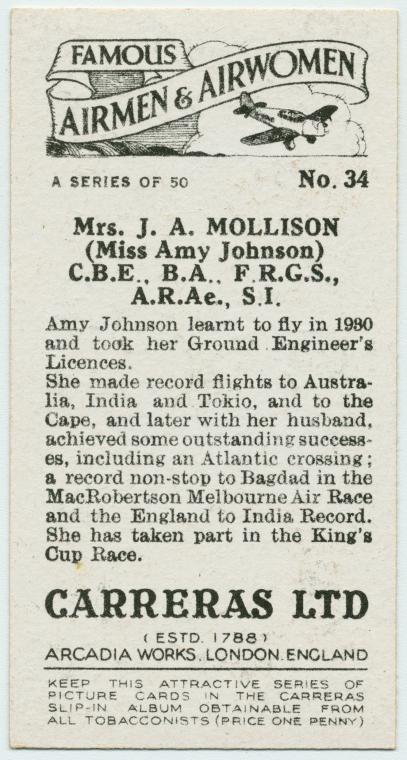 To see the whole set, hop down the rabbit hole here.
All images via the New York Public Library Digital Gallery.

Similar to the recent release of vintage beach fashion images from Vogue Spain that I highlighted a few weeks back, US Vogue has also decided to open up their vast archive to give us a look at summer fashions dating back to 1899.  Containing some very famous and iconic images, you know I couldn’t resist.  I selected a few of my favorites, but be sure to head over to Vogue to see them all.

These images have me looking forward to my planned
trip to Ft. Tilden this weekend, definitely… 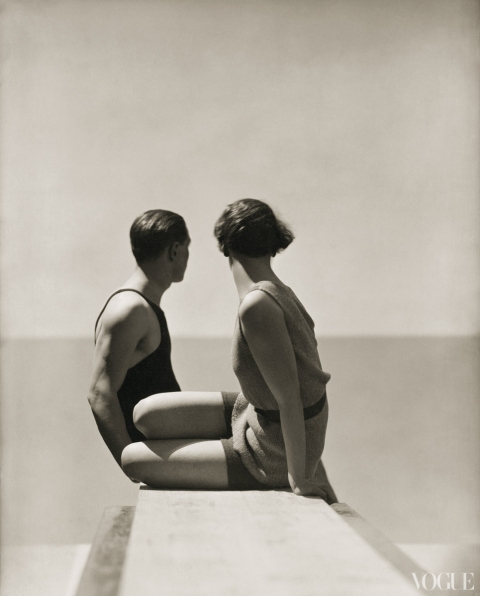 May 1933, photograph by Edward Steichen. 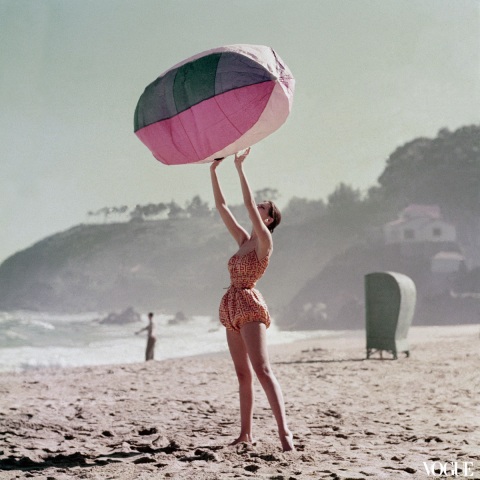 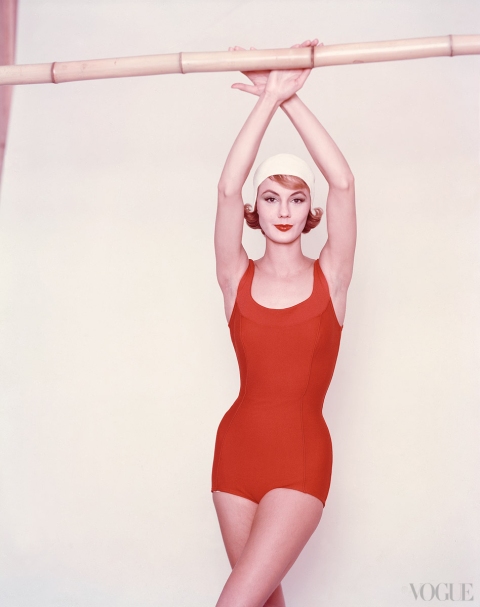 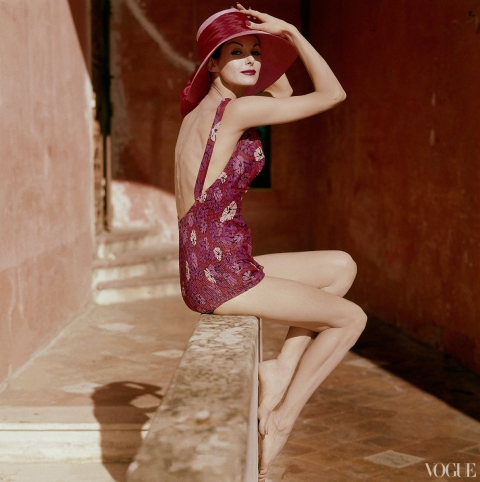 Hop futher down the rabbit hole here.
All images via Vogue.

You are currently browsing the Rabbit Hole category at Quite Continental.