A lovely documentary by Encyclopedia Britannica Films on the myriad of transportation options to and from Manhattan available to the New Yorkers and New Jerseyans of 1941.  Great images of commuters, the subway, trains, buses, Grand Central, the New Jersey ferry system and — the very best part — my office building on Fifth Avenue at the 5.27 mark.

As a native Californian, mass transit is still a relatively new development in my life, but come next rush hour I will definitely be thinking of the generations of Manhattan strap hangers that have come before me.  I only wish the commuters of today looked just as stylish.

Down the Rabbit Hole: Farm Security Administration and Office of War Information

Granted, I tend to feature a lot of sepia and black and white photography, due only to my personal preference.  (This is my own little dictatorship, after all…) But every now and again, I do come across color photographs that I like just as much.  In my recent travels through the Library of Congress I found a cache of photos that had my attention for hours.

Photographers working for the U.S. government’s Farm Security Administration (FSA) and later the Office of War Information (OWI) between 1939 and 1944 made approximately 1,600 color photographs that depict life in the United States, including Puerto Rico and the Virgin Islands.

Roy Stryker led the FSA unit during its active years and played a key role in the OWI unit in 1942-43.

The 644 color photographs produced by the FSA are less well known and far less extensive than the unit’s black-and-white photographs. Most of the color images are 35mm Kodachrome slides; a few are color transparencies in sizes up to 4×5-inches. The FSA color photographs depict life in the United States, including Puerto Rico and the Virgin Islands, with a focus on rural areas and farm labor.

The 965 color photographs from the OWI are color transparencies in sizes up to 4×5-inches. The photographs depicted life and culture in the U.S., with a focus on factories and women employees, railroads, aviation training, and other aspects of World War II mobilization.  (Via the Library of Congress)

Now, these photos aren’t new to Blogville, but I was entranced and still wanted to share a few with you.  The people are arresting and the landscapes are beautiful, especially when presented in lush, Kodachrome color.  How can you not look at these pictures and wonder about these American lives, lived 70 years ago.  Why are they wearing what they are wearing?  Where did they come from?  Where did they end up? 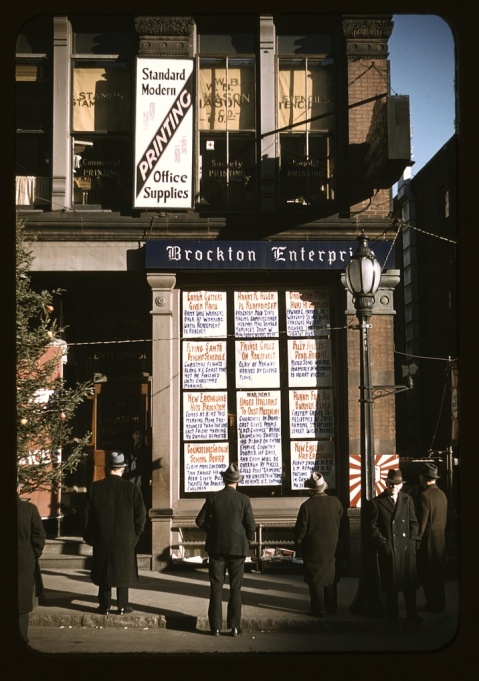 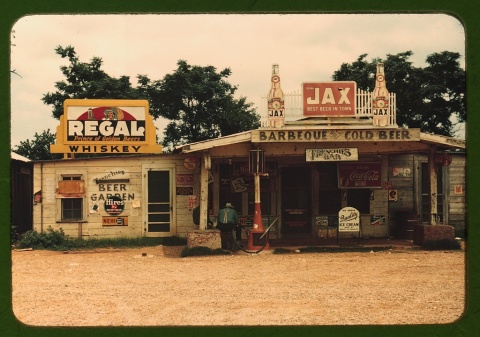 If you’d like to do your own wandering through all 1,600, you can find them here.

You are currently browsing entries tagged with 1940s at Quite Continental.