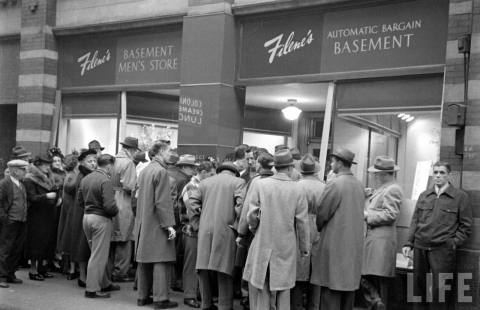 I’m off to Boston for a few days on business, and I thought it would be the perfect time to share this set of photos I discovered in the Life Archive.  They were taken in 1949 at the original Filene’s Basement, then called the “Automatic Bargain Basement” for the automatic schedule of its discount percentages (pegged to the number of days the item had been on sale).  Created in 1909 in the basement of Boston’s flagship Filene’s department store, Filene’s Basement was eventually spun off as its own entity and outlived the department store until it too became defunct in 2011.  Fun fact: it’s actually where the term “bargain basement” originated.

Sadly the gorgeous original flagship store at Downtown Crossing in Boston, built in 1912 and where these photos were taken, was largely demolished in 2007 after Filene’s went out of business.  Because only the building’s facade was landmarked, developers were free to gut the interiors of the building, which also dated back to 1912.  When those developers lost funding, the building was just left gutted — a huge, gaping hole with the facade looming like the ghost of sales past.  (I haven’t been to Downtown Crossing lately to see if anything has changed at the site — has anyone?)

In these photos, Life photographer George Silk captured the annual $11 suit and topcoat sale at Filene’s Basement.  Just like today’s sample sales, customers started forming a line for the 8:30am sale at 6:30am, and made a mad dash as soon as the doors were flung open.  In less than three hours, 5,000 garments were sold.  In the article, entitled “Improper Bostonians” (which you can read here), Life delightedly informs us that a 200-pound woman fainted and had to be carried away, a blind man was nearly trampled and a man posed as a salesman and swiped someone’s $11! 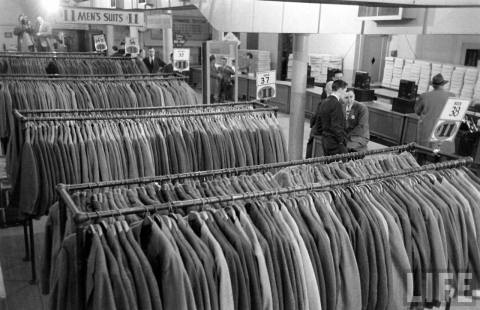 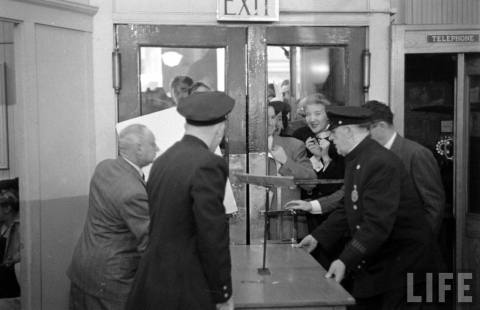 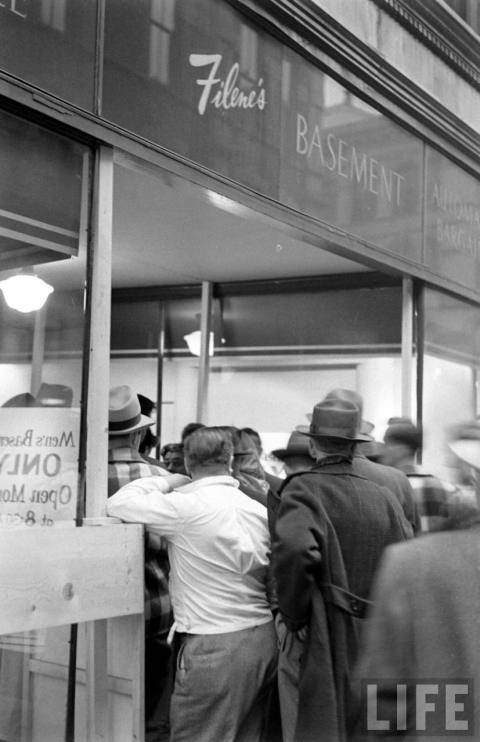 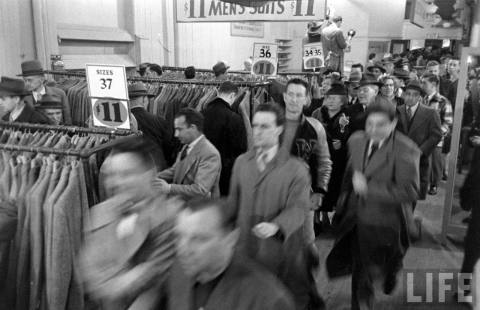 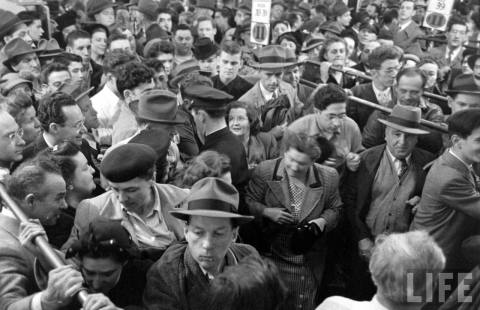 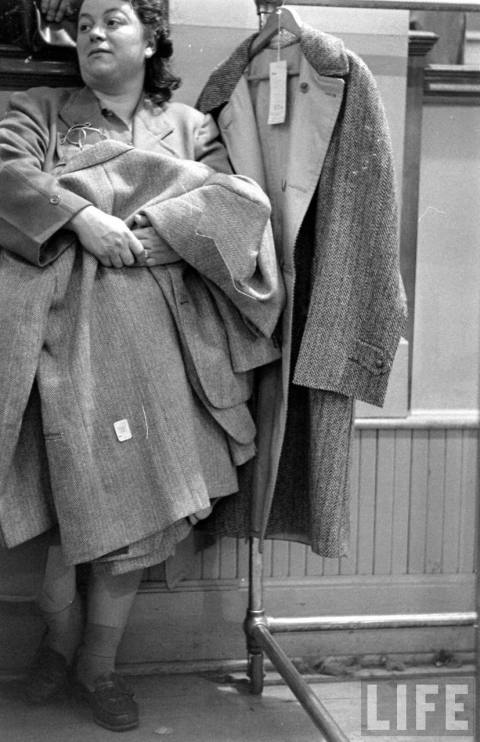 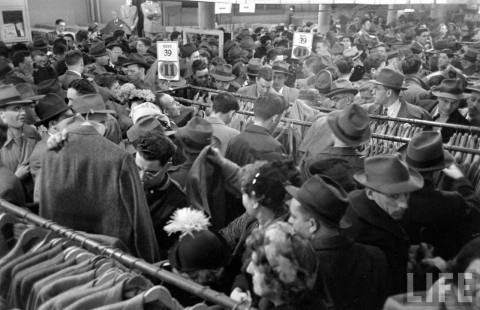 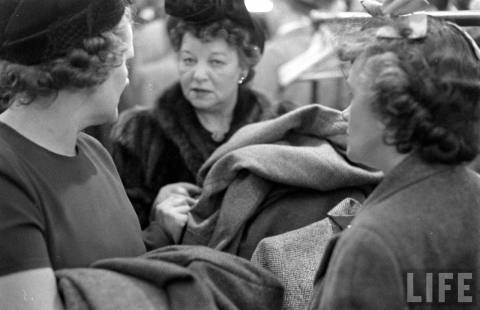 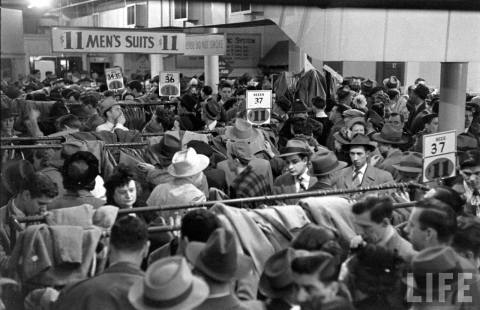 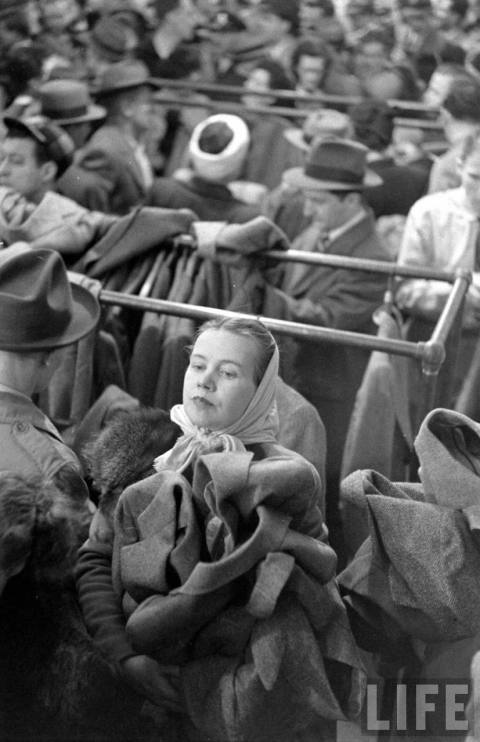 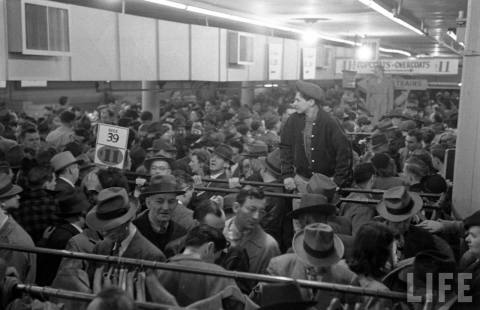 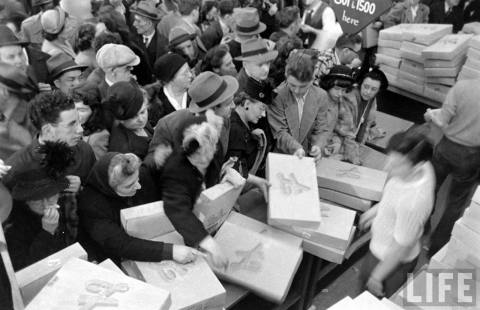 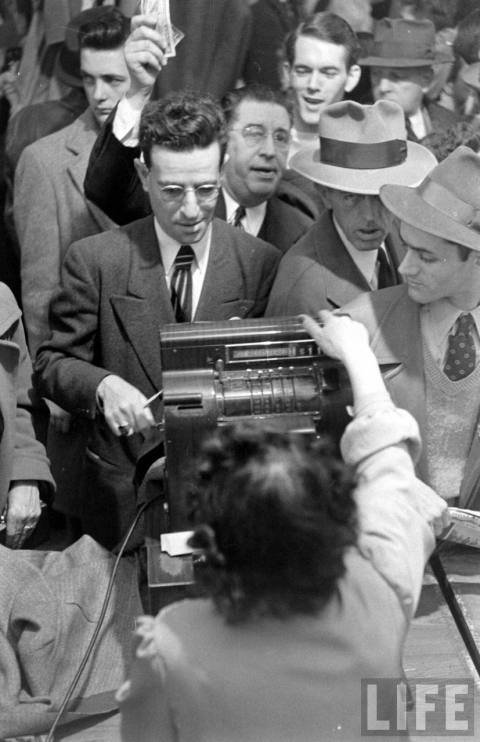 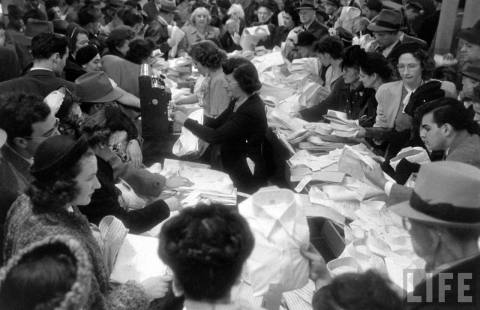 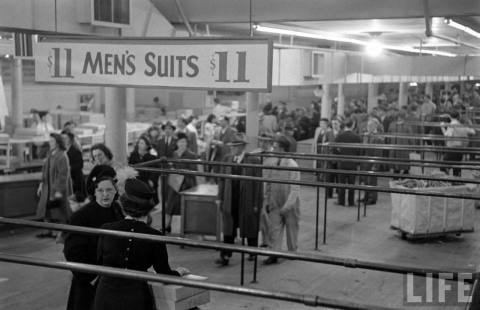 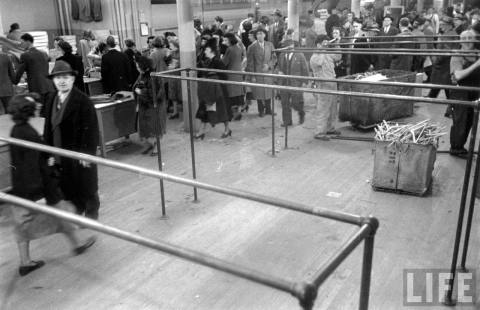 Nice to see sample sales haven’t really changed all that much in over
60 years, even if the customers do look a little more refined!

Taken by George Silk for Life Magazine, via the Life Archive.

You are currently browsing entries tagged with Filene’s at Quite Continental.