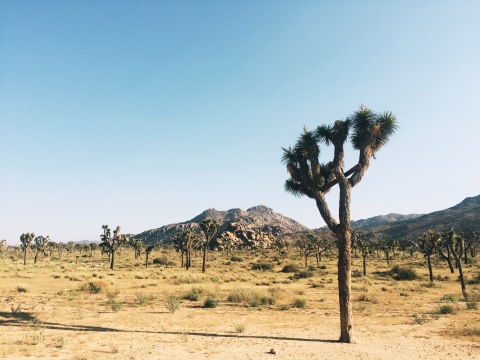 Currently, New York is turning to fall, complete with fiery foliage, dipping temperatures and rain showers.  If I’m completely honest, it’s my third favorite season here — firmly ranked only slightly above winter (and spring only gets the slightest of advantages because it means summer is next).  You can definitely blame my formative years, spent in the terminal sunshine of Los Angeles.  So while I am coping with this seasonal shift, my mind has been traveling back in time to a trip I recently took to the High Desert of California, and Joshua Tree in particular.

Less than a three hour drive from LA, Joshua Tree and its Low Desert sibling, Palm Springs, have become something of a destination with the popularity of concerts like Coachella and interest in what I’m going to loosely call as “desert vibes.”  While Palm Springs has always been the more built up of the two destinations, and is now home to some really great resorts, I’d recommend passing on all that for a quieter experience a bit to the north.

I wanted heat, quiet, stars and colors.  I got all that AND dinosaurs.  AND a ghost town.  Who could ask for more? 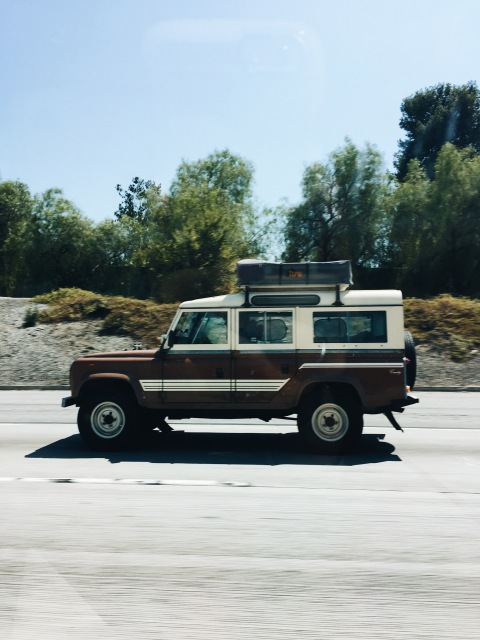 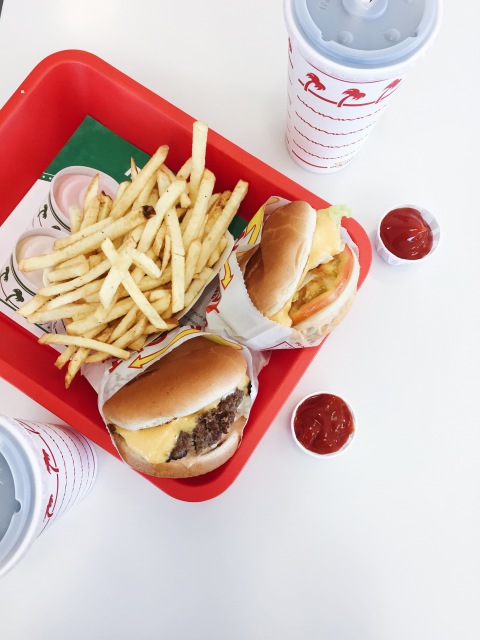 Fun fact: I’ve never actually had an In-N-Out burger.  What you see above is my grilled cheese on the right.  I suppose I’m some sort of bad Californian, but I’ll definitely still defend it against all challengers to the “best burger in the universe” crown.

This is the “cracked iPhone screen” filter.
Kinda like those glamour shots at the mall, no?

The Cabazon Dinosaurs are a famous roadside attraction on your way into the desert on Interstate 10, and worth a brief stop.  Dinny, the Brontosaurus, was built over a period of eleven years, beginning in 1964; and Mr. Rex followed in 1981.  Funnily enough, since the passing of the original owner and sculptor Claude K. Bell, the property has fallen into the hands of a bunch of creationist supporters, so inside Dinny — a larger-than-life dinosaur containing original Bell frescoes of the Cro-Magnon Man  — you can find a museum and gift shop dedicated to the idea that dinosaurs appeared the same day Adam and Eve did.  Hilars.

Sidenote: I was going to link you to the dinosaurs’ site until I noticed the current feature article is on Ben Carson, the “The Pediatric Neurosurgeon with Gifted Hands.”  So, yeah.  No.  I’d still recommend checking them out for kitsch value, though!  Just avoid the nonsense museum and take pictures sitting on the huge dino feet.

Your best bet for lodgings in Joshua Tree is Airbnb.  I found this darling cabin for a song.  With cozy spaces to relax and a remarkable outdoor soaking tub, it’s heaven on deserty-earth. 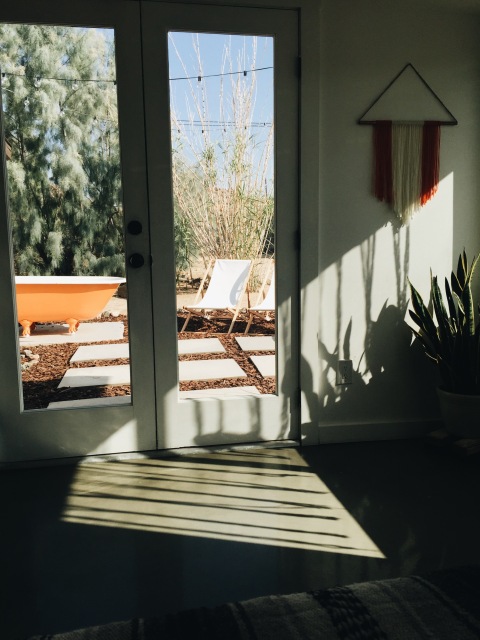 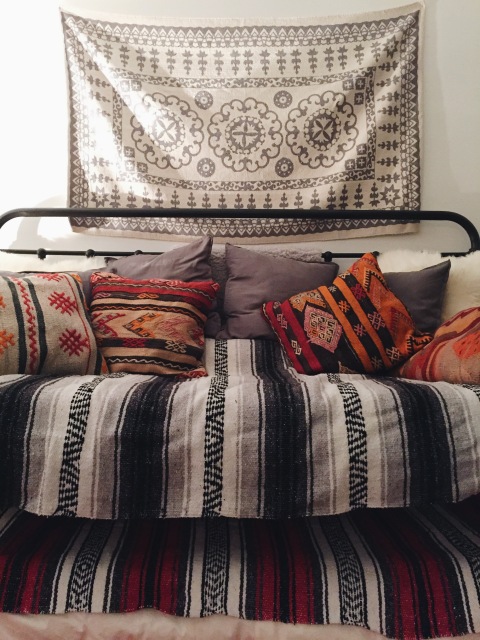 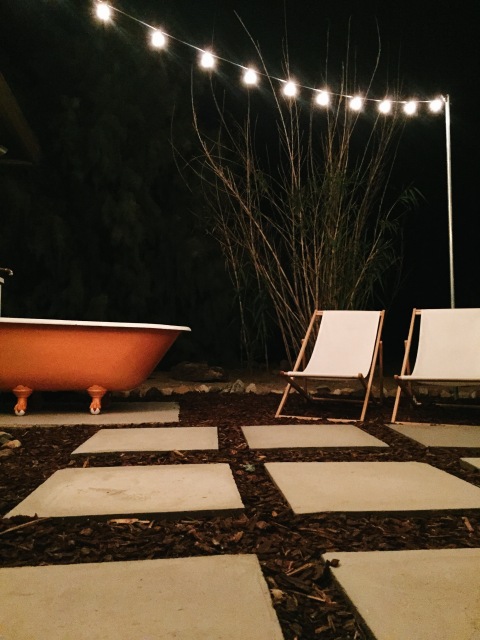 Ok, so you’re all settled in to your cozy desert home.  What next?

Go to the Joshua Tree Saloon for beers, burgers and live music.

Take a sound bath at the Integratron in nearby Landers.

Go to Pioneertown in Yucca Valley, an Old West set that was created in the 1940s as a place for actors and crew to live while filming television shows like The Cisco Kid.  It’s still somewhat lived in and super weird – a ghost town with living ghosts.  While you’re there, hit up Pappy + Harriet’s for…okay, also for beers, burgers and live music, but the live music here is a ticketed sort of thing.

Hike, camp or drive through Joshua Tree National Park, a unique ecosystem where the Mojave and the Colorado deserts meet.  It looks a little like space to me…like if Dr. Seuss designed space. 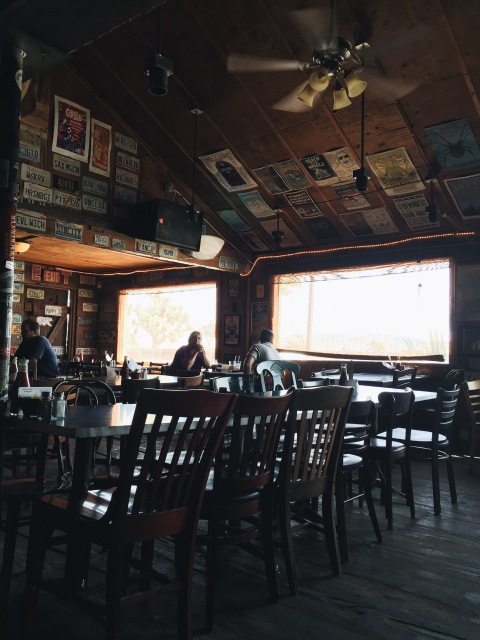 On the way home, bask in the chill desert vibes and listen to a lot of Fleetwood Mac.

At least, that’s what I did.

Tell me, did I miss anything??

You are currently browsing entries tagged with Joshua Tree at Quite Continental.