Greetings from glorious San Francisco.  Currently sitting in Four Barrel Coffee, sipping a delicious iced coffee (or three), enjoying the Indian summer and the constant stream of rather handsome gents passing through (ladies, take note).  I’ve been reading an amazing book about an amazing woman whilst on my week-long California trip and I wanted to discuss it with you.

Robert Capa, and his brother Cornell, are among some of my favorite photographers, but when I began to investigate into their life histories, I discovered a bit more than I bargained for.  In short, Robert Capa never actually existed.  The man known as “Robert Capa” was actually a photographer named Andre Ernő Friedmann, a Hungarian Jew born in 1913.  “Mr. Capa” was created in the 1936 in response to rising Nazism in Europe.  The imaginary photojournalist with the American-sounding name easily secured work that a Jew couldn’t.

Born Gerta Pohorylle to a Jewish Polish family living in Germany in 1910, Gerda was the companion and partner of Robert Capa.  They met in Paris in the 1930s, where both were refugees.  While she initially served as his assistant, Gerda eventually learned the art of photography from Robert.  They fell in love and both published work as “Robert Capa,” and Gerta became Gerda.  When civil war broke out in Spain in 1936, the two travelled there together to photograph the conflict.

“Taro and Capa represent a sort of romantic vision of the stateless person involving themselves in terrible battles: the social battles, the political battles of the time.”

It was during the Spanish Civil War that Taro began to establish herself as a photographer apart from Capa, with a style of her own and the use of a different kind of camera from Capa.  While Capa’s photographs illustrate his love of movement and spontaneity, Taro’s photographs are more posed and place more emphasis on intimate moments.  Around this same time, Taro also refused Capa’s marriage proposal.  Capa would never marry for the rest of his life. 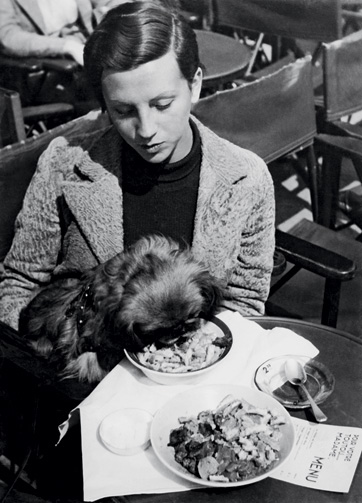 Crushed by a tank at the age of 26 in 1937, Gerda Taro was the first female photojournalist to cover the front lines of a war and the first to die doing so.  Possibly her most familiar image is the one that opened this post, of a Spanish female soldier practicing with her pistol while wearing heels.  Her photographs from the front lines are amazing.  I am in awe of her courage and creativity.  The woman was a badass.

“Taro is part of a small pantheon of women photographers who saw photography as an extension of their political commitment and of their role as new women.“ 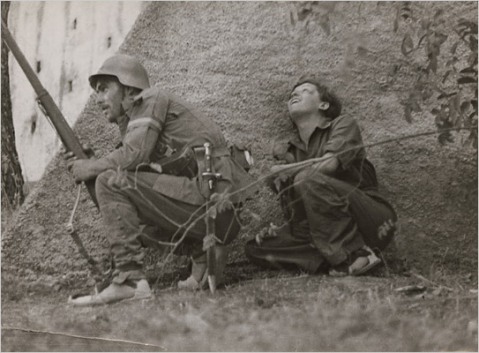 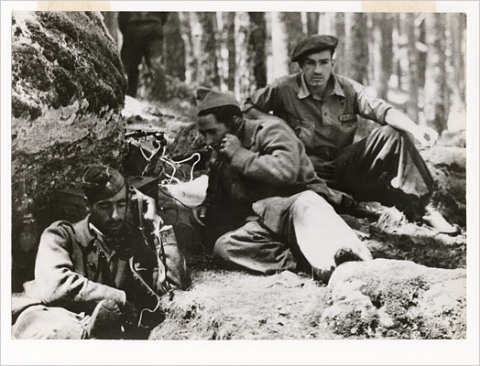 So, about that book I mentioned…

Waiting for Robert Capa retells Robert and Gerda’s amazing story.  Author Susana Fortes weaves a gripping tale of historical fiction that is recently translated from Spanish.  It begins in Paris and follows them to wartime Spain.  I have not been able to put the book down during my trip and I highly recommend you pick it up.  I’ve also noticed that one of my favorite directors, Michael Mann, has snapped up the film rights… You can bet that I will be watching this project with interest.

You are currently browsing entries tagged with Michael Mann at Quite Continental.