With apologies to Pierce and Rene…

Because they’ll never be as cool as this.

Stream it here, buy it here.

Very excited to see Chicken with Plums this week at the Angelika!

As they did in Persepolis, directors Marjane Satrapi and Vincent Paronnaud bring to life another of Satrapi’s graphic novels, set in a Western-leaning Iran.  This time, they tell the story of Nasser Ali Khan, a broken-hearted violinist who embarks on a fantastic journey after his beloved violin is destroyed.

It looks amazing, no?

“Well, this has your name all over it.”

The quote above is from a lovely friend of mine who referred me to the new trailer for Gangster Squad — and who obviously knows me quite well.

Los Angeles.  The 1940s.  Film noir.  A glamorous femme fatale.  Sartorial splendor.  More Art Deco than you can shake a stick at.  Ryan Gosling.  (Okay, maybe that last one is a bit more universal…)

In any event, excited to see this dramatization of clashes between the LAPD and real-life LA gangster Mickey Cohen by director Ruben Fleischer.  This is the second film of Fleischer’s, following the success of Zombieland in 2009 — not sure if zombies translate well to crime dramas, but I’m curious enough to find out.  I’m especially excited by the scenes filmed in Union Station, one of my absolute favorite places in Los Angeles (see more of the gorgeous train station here and here).

Admission: two summers ago I read Tolstoy’s Anna Karenina, and I really had to fight my way to the end.  But yet, I am captivated by this trailer of the new adaptation written by Tom Stoppard and starring Keira Knightley and Jude Law — especially the glimpses of the steeplechase! 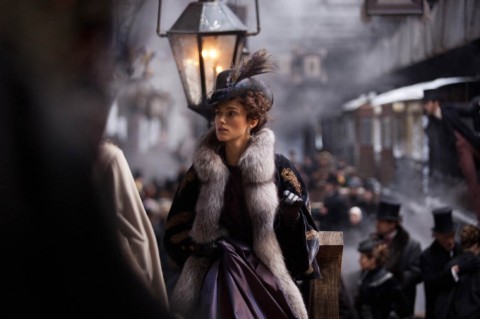 A collection of things I’m currently obsessing over: 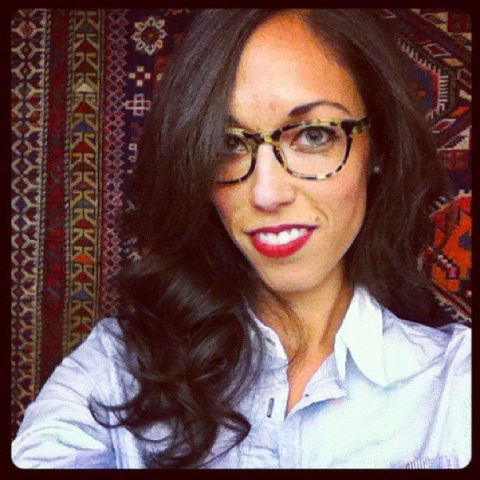 My new Prestons in gimlet tortoise by Warby Parker.
Sidenote: love the co-ed shirt by G1 Goods — and it’s on sale right now!

The release of Beasts of the Southern Wild on Wednesday (NYC/LA).
I seriously get goosebumps every single time adorable 6 year-old
wondergirl Quvenzhané Wallis shouts “I’m the man!”
You can also read the review by AO Scott of the NY Times here.

In my summer make-up bag:
NARS eyeshadow: Silk Road (icy peach pink/ rose gold with gold flecks)
Urban Decay 24/7 eye pencil in Bourbon
Diorshow Black Out mascara in Kohl Black
Anastasia brow gel
Anastasia brow powder duo in Brunette
Sephora Collection IT brow filler brush
While I am usually a black eyeliner type of girl, this summer I’ve been changing it up with tones that are softer but help bring out my eyes (which are a funny, changeable color that’s almost blue).  I’ve been embracing warm, golden colors and perfecting my brows.  I quite like it, especially with my new specs! 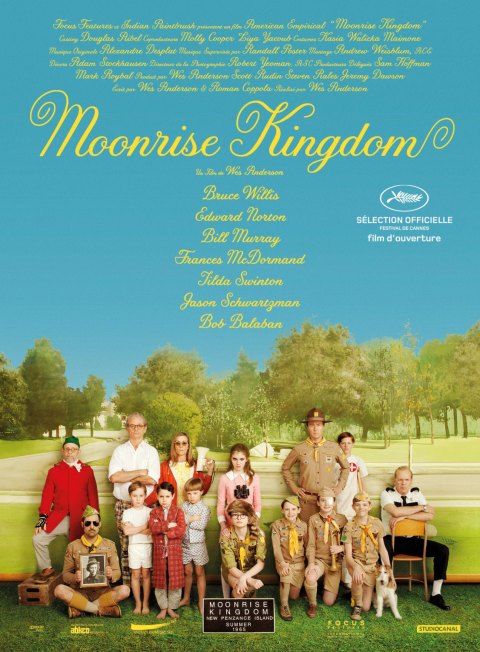 I’ve been constantly listening to the magnificent playlists Moonrise Kingdom put together on 8Tracks.com.  I’ve always thought that one of the most important characters in Wes Anderson films is the soundtrack, but in this case we get individual playlists organized (and inspired) by all the characters.  Find them here. 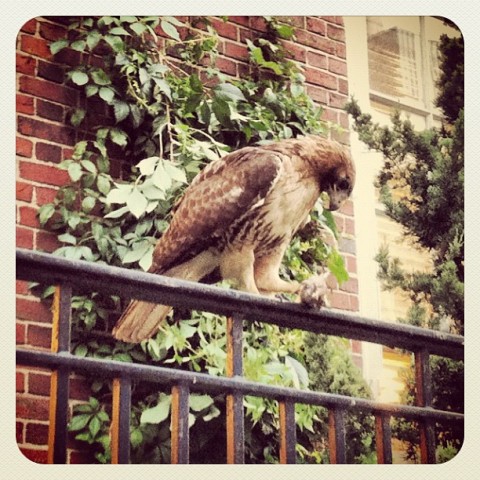 A few weeks ago, while walking down Sullivan Street in Greenwich Village, a full grown red-tailed hawk swooped down right next to me, picked up a tasty sparrow treat and proceeded to eat it in three bites while sitting on a fence not much taller than me!  I’ve since found out that who I met that evening was one half of a Village celebrity couple: Bobby and Rosie, the NYU red-tailed hawks.  I’ve seen them a few other times in the park, but the best way to watch them — and their two babies! — is via the NYU Hawk Cam, which you can find here (I’ve been watching nonstop). 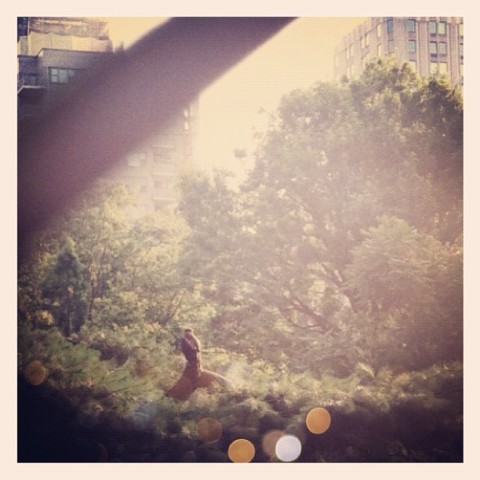 The Making of The Artist

First, how adorable is Bérénice Bejo?

Second, how amazing is it that neither Bérénice nor her co-star
Jean Dujardin knew how to tap dance before the film?

If you haven’t already, go see The Artist.

You are currently browsing entries tagged with Movies at Quite Continental.