There are a few things I must always do and see when I make a trip home to Los Angeles.  The Theme Building has always been on this shortlist (if not for the lucky coincidence that it happens to reside at LAX).  Completed in 1961, it originally was meant to serve as the central hub for LAX’s terminals and parking, but building plans were scaled down.  Instead, the Theme Building became a futuristic icon for the airport and for the city of Los Angeles itself.

The Jetsons-like structure is not the location of LAX air traffic control — a common misconception — but rather is home to a restaurant and observation deck.  The structure has recently undergone an expensive and lengthy renovation, its first in 47 years.  The observation deck was closed after 9/11, but it will reopen on July 10, 2010, giving a new generation the opportunity to see what Los Angeles looks like from the top of a flying saucer. 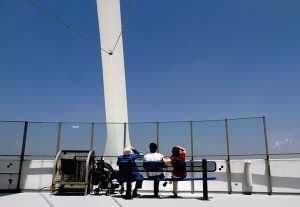 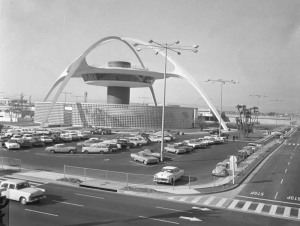 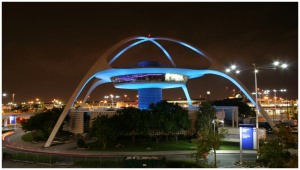 You are currently reading Classic Los Angeles: The Theme Building Reopens at Quite Continental.