I was recently inadvertently reminded how awesome it is to grow up in Los Angeles — not that I actually ever forget such things, but I realized that there was something I needed to add to the list.  Being a high school senior is great fun no matter where you attend school, no doubt.  You go to the prom and graduation, and do all the things that seniors do.  But for seniors in Los Angeles, there is an additional graduation tradition that has been around since 1961, called “Grad Nite.”  Held every year, Los Angeles seniors are let loose in the Disneyland theme park from 11pm to 6am, for an all-night party just for them.

My mother did it, and so did I.  Somehow I have no pictures from my trip, but perhaps my mom might have a few from hers.  We can attempt to bribe her, but I’m not sure it will work.  In the meantime, I discovered that LIFE sent a photographer to Grad Nite in the early 60s who captured some darling pictures.  From the photos, you can see the graduates were required to adhere to a strict dress code that has since been completely relaxed.  What was once sport coats and party dresses has become t-shirts and sneakers.

To this day, pavilions are still set up throughout the park for dancing. 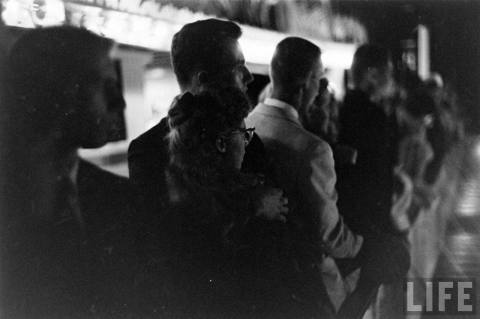 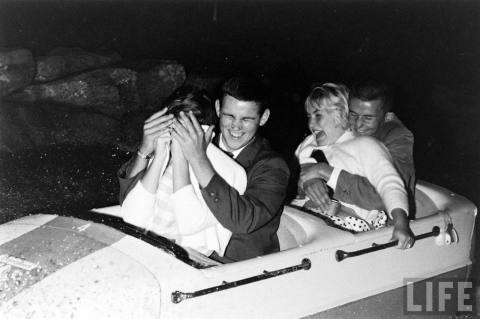 It gets to be a rather late night… 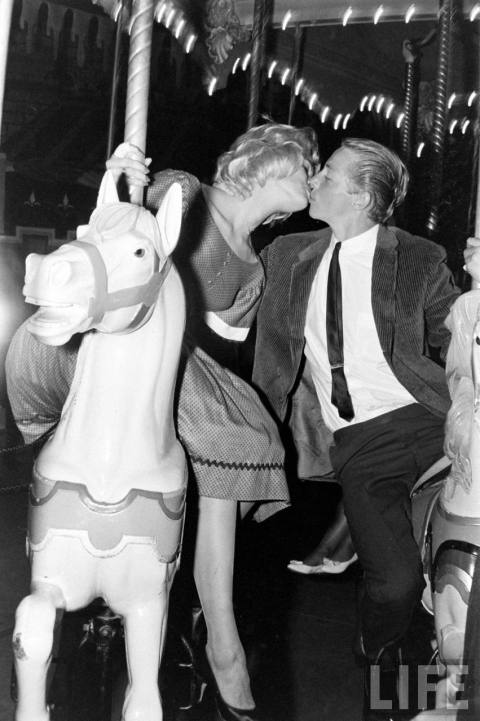 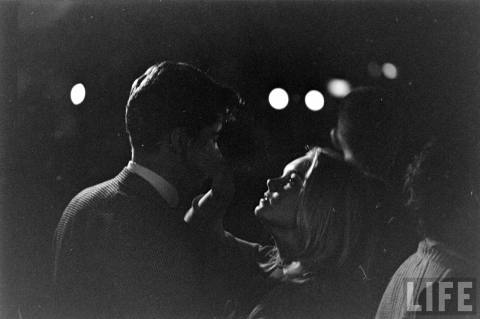 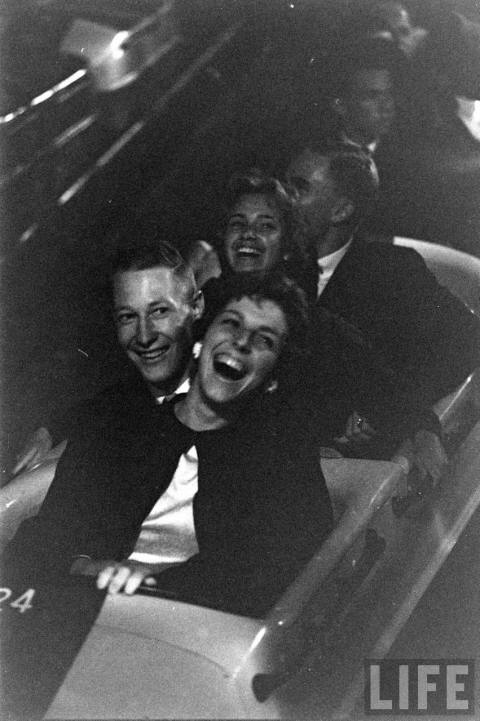 Because of the late hours, Grad Nite presented seniors with the opportunity to have an extended — albeit highly chaperoned — date, as you can see from the pictures.  By the time I went, the experience was a lot less focused on couples, but you were still allowed to bring a date.  At that time in my so-called life I was dating — somewhat against my parents’ wishes — a ridiculously beautiful older boy who drove a huge pickup truck, raced jetskis, swore like a sailor and chain smoked.  He also modeled for Calvin Klein.  Paging, Jordan Catalano.  Textbook bad boy, right?  Well, not really.  When I asked him if he’d like to go to Grad Nite, he declined on account of his fear of buses, since we’d have to take one there.

Now, I’m not sure if he just made the whole thing up because he didn’t really want to go.  It’s possible.  But to this day, it still makes me laugh.  I ended up going with one of my best childhood friends and it was probably for the better because I had absolutely no qualms about falling asleep on him on the (big!! scary!!) bus on the way home the next morning.

You are currently reading LIFE Archives: Grad Nite at Quite Continental.