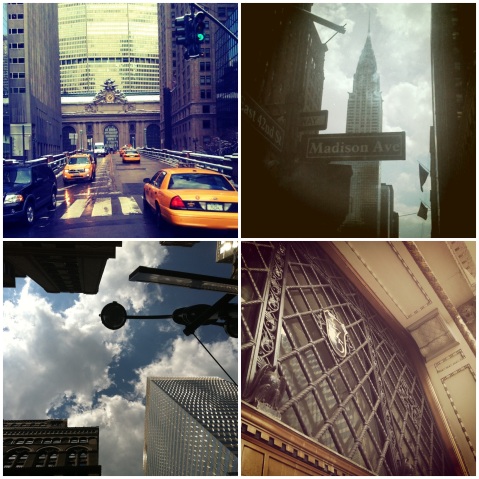 I don’t frequently talk about my day job, I realize (I work for a political risk consulting firm), but today is a very special day because we open our doors in a new location.  As I packed up in preparation for the move, I came to realize that in the five years I have been in New York, I have only worked in one very small slice of Manhattan.  Namely, the patch of midtown between 40th and 45th Streets and 7th and Madison Avenues.  Every morning I said hello to Grand Central, Bryant Park, Times Square, and the New York Public Library.  The not so distant pinnacles of the Chrysler Building, the Empire State Building, and Rockefeller Center, grandly scraping the sky as I skipped off to grab coffee.  And while I am excited to settle in to a new area — our shiny new office will be in the Flatiron District now — I couldn’t help but already be a bit nostalgic for my former digs.  And so, in honor of the move, I wanted to share a few of the many pictures I’ve taken over the years. 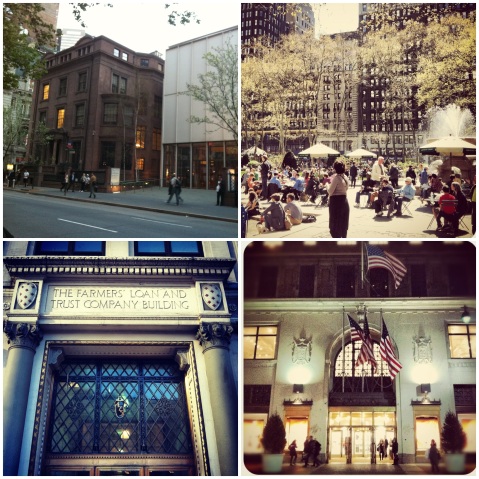 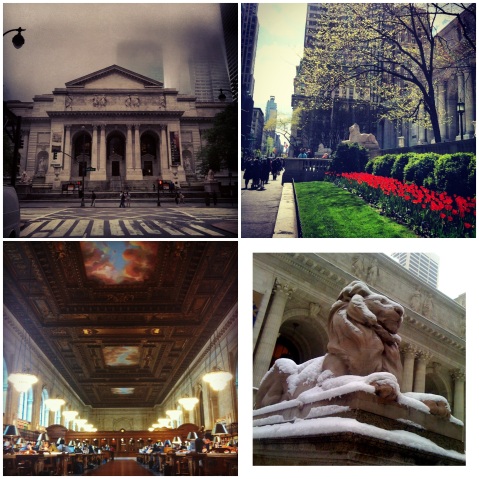 The New York Public Library, in fog, spring, and snow,
and the grand reading room with its paneled ceiling.

The Bank of America tower, northbound on Madison Avenue,
the constellations inside Grand Central Terminal,
the bar at the Campbell Apartment. 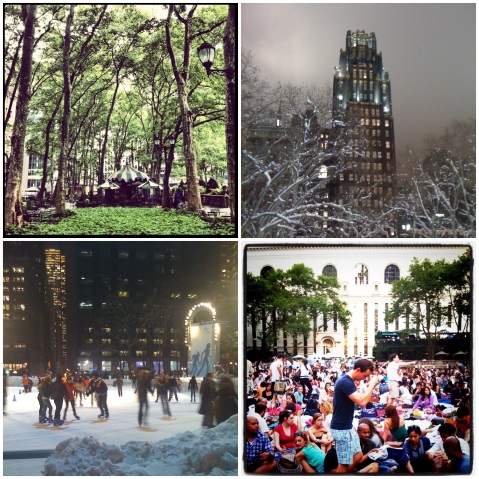 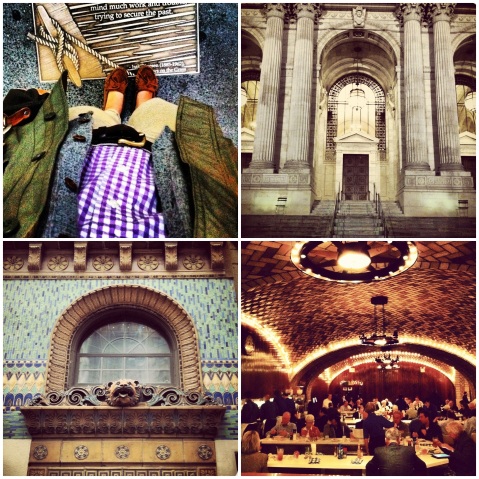 The Library Walk tiles, the steps to the library at night,
the counter at the Grand Central Oyster Bar,
and a very curious lion (?) I passed every day on E. 41st. 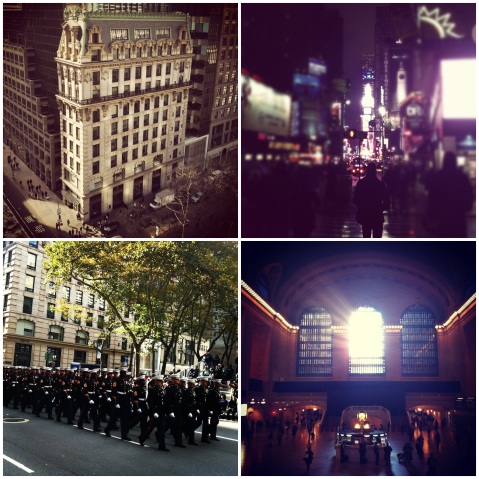 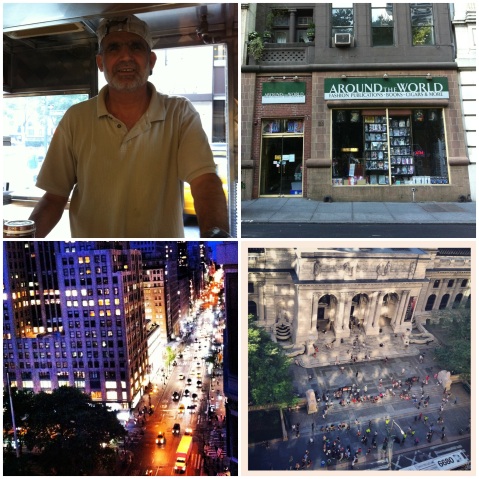 My morning coffee pit stop, the amazing fashion newsstand Around the World,
and two views from our office terrace. 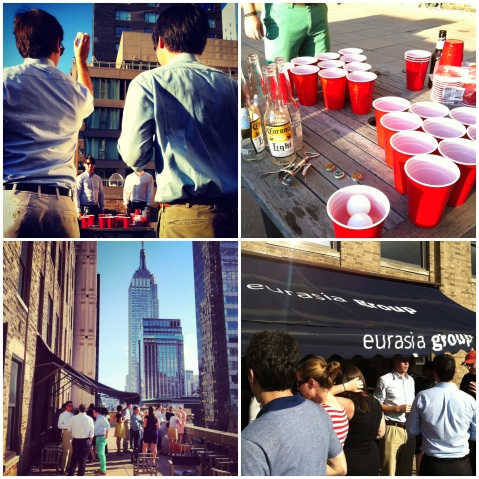 One thing I will definitely miss: our amazing terrace overlooking Fifth Ave.
A few pictures from the last hurrah.

You are currently reading Movin’ On Up. at Quite Continental.