What I love most about the LIFE archives, is how completely I disappear down a rabbit hole for hours.  Seriously.  Most times, when I take a stroll through, I’ll just start off with a single word query.  Could be a name, could be a place, or even just a year, it doesn’t matter — every single time I discover something amazing.

With Water for Elephants at the front of my mind, I wanted to see if I could find any old circus pictures for my Tumblr.  My first query turned up some lovely images taken by one of my favorite photographers, Nina Leen, in 1949 — you can see them here and here — but little more digging revealed a photo that was unrelated to Leen’s set, and amazing in its own right.

The image of this man so lovingly tending his tiny horse immediately drew me in.  Where was this?  When was this? Why was this linked to a group of photos about the circus?  As it turned out, this image belongs to a set taken by Cornell Capa for LIFE Magazine in April 1947, in Hugo, Oklahoma.  A quick bit of research later, I discovered Hugo’s interesting history.  Frequently referred to as “Circus City USA,” Hugo has been the favored winter grounds for more than 22 traveling circuses since 1937, owing to a central location, flat lands and temperate weather.  In those winter months, Hugo’s elephant population is the second-largest elephant herd in the United States.  Hugo is also home to one of only two cemeteries in the United States dedicated to circus performers, called “Showman’s Rest.”

The photos are amazing, but I don’t want to drown you in images, so I have included many of them after the jump.  If you are so inclined to wander through, you can do so at your leisure.  But before we get there, I will force you to take a look at some of my very favorites. 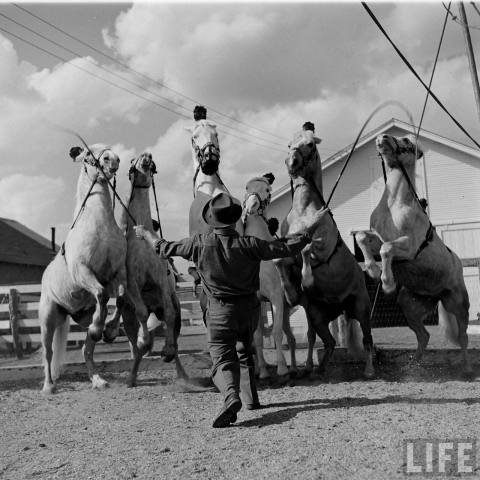 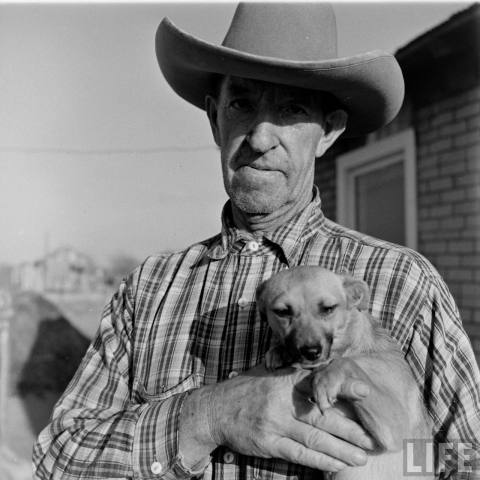 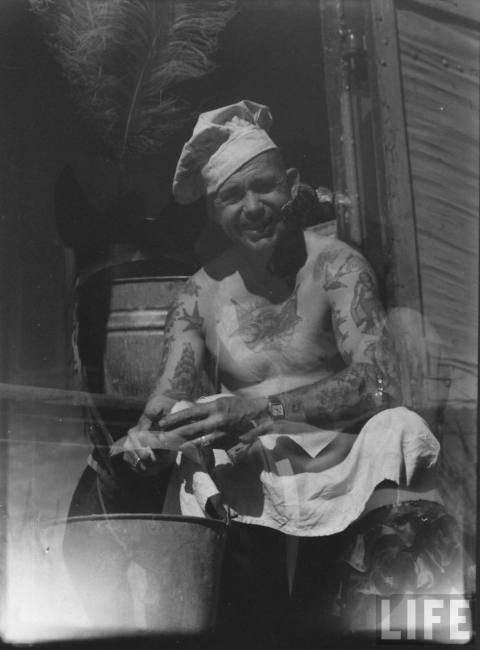 You cannot begin to imagine how excited I was to find these images: the handmade costumes, the obvious pride in showmanship, the families of performers, the exotic animals, juxtaposed with a regular, run of the mill Midwestern town in 1947.  Capa’s images of Hugo are simply amazing.

View knife throwers, clowns, acrobats, trapeze artists,
bears, among others, after the jump. 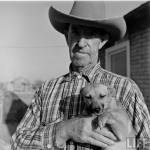 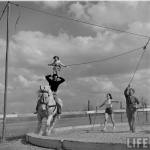 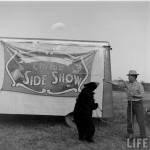 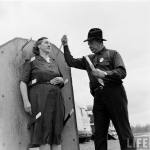 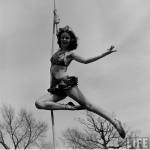 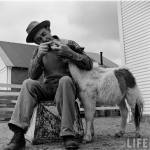 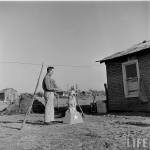