A Liquid Lunch at the 21 Club 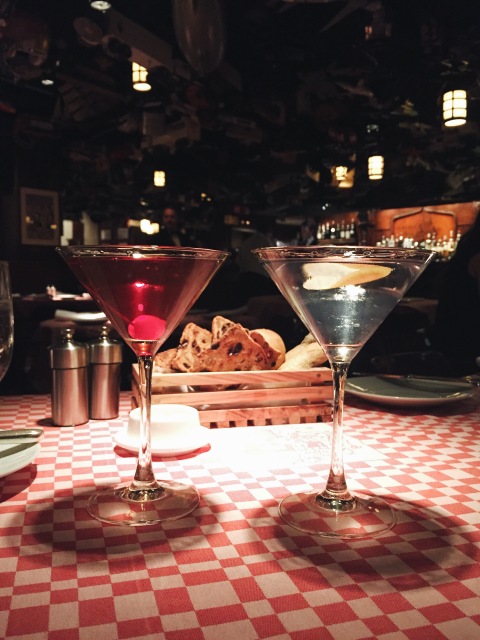 In honor of the upcoming final (!) season of AMC’s Mad Men, a select group of New York restaurants — the sort of joints that Madison Avenue ad men probably would have favored — featured special lunch menus last week.  Priced at $19.69 — the year of the final season — patrons could treat themselves to the hallowed “liquid lunch” or opt for a prix fixe menu.  It wasn’t something I was prepared to miss, so I corralled a compatriot and made my way directly to the 21 Club.

The 21 Club, formerly a prohibition-era speakeasy, has been in operation since the 1920s and has occupied its current, jockey-decorated location since 1929.  Since its inception 21 has been a favored spot of presidents, celebrities, socialites, politicians, and titans of industry.  A four-story townhouse with multiple private rooms, its famed secret wine cellar has housed the private collections of folks like Ernest Hemingway, John F. Kennedy, and Frank Sinatra.  Today, 21 retains a sense of old-fashioned formality that has become somewhat unique – gentlemen are required to wear jackets to gain entrance to the dining room, servers are dressed in tuxedos.  The Bar Room, where we lunched, sports a ceiling decorated with antique toys, suspended in air.

If you know me at all, you already know I went for the cocktails: Manhattans made with Canadian Club, while my dining partner opted for gin martinis.  Feeling very Roger Sterling and Don Draper, we also ordered for a dozen oysters, and a fabulous, mid-century time was had by all.

§ One Response to A Liquid Lunch at the 21 Club

You are currently reading A Liquid Lunch at the 21 Club at Quite Continental.